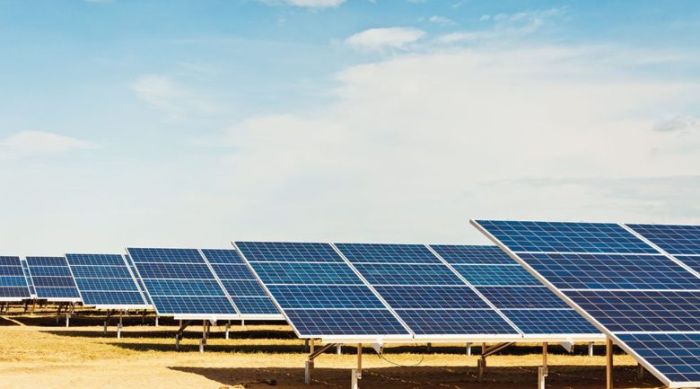 Germany’s Uniper has joined the green hydrogen Hyport project planned for the Duqm Special Economic Zone (SEC) in Oman. In the first stage of development, the Hyport project will develop an electrolyser capacity of between 250MW to 500MW, which will be powered by up to 1.3GW of solar and wind renewable energy

Uniper will provide engineering services and negotiate an exclusive offtake agreement for green ammonia which will be produced by the Hyport scheme, which will be located in the Special Economic Zone (SEZ) at Duqm in Oman. The project is being developed by a consortium led by Belgium’s DEME and Oman’s state energy company OQ.

In the first stage of development, the Hyport project will develop an electrolyser capacity of between 250MW to 500MW, which will be powered by up to 1.3GW of solar and wind renewable energy. The facility is being designed to produce cost competitive green hydrogen and green ammonia and is regarded as a key strategic project for Oman as it seeks to diversify its economy.

The project will connect to Port of Duqm’s brand new export terminal, storage infrastructure and liquid jetties that will use the port as its gateway to deliver competitive decarbonised molecules to users worldwide.

Also planned for Duqm SEZ, the partnership of the Oman Company for the Development of the Special Economic Zone at Duqm (Tatweer) and India’s biggest solar developer ACME Solar Holdings Ltd plans to invest $2.5 billion to manufacture green ammonia and green hydrogen. An MoU signed by the two sides envisions the establishment of a large-scale facility to produce 2,200 mt of green ammonia.

Energy & Utilities reported in June that the debt raising process has started for a planned $2.5bn project to produce green hydrogen and ammonia in Oman.

According to sources close to the scheme, a target of reaching financial close for the debt raising process has been set for the end of 2021. The project is being developed by India’s Acme Solar Holdings.

Synergy Consulting was appointed as the financial and transaction adviser for the planned $2.5bn project in April.

Acme signed a memorandum of understanding (Mou) with the Oman Company for the Development of the Special Economic Zone at Duqm (Tatweer) in March to develop a facility with the capacity to produce up to 2,200 metric tonnes of green ammonia per day.

The GCC could raise as much as $200 billion a year in revenues from the production of green hydrogen by 2050 according to the Dubai-based Dii Desert Energy and Germany’s Roland Berger.