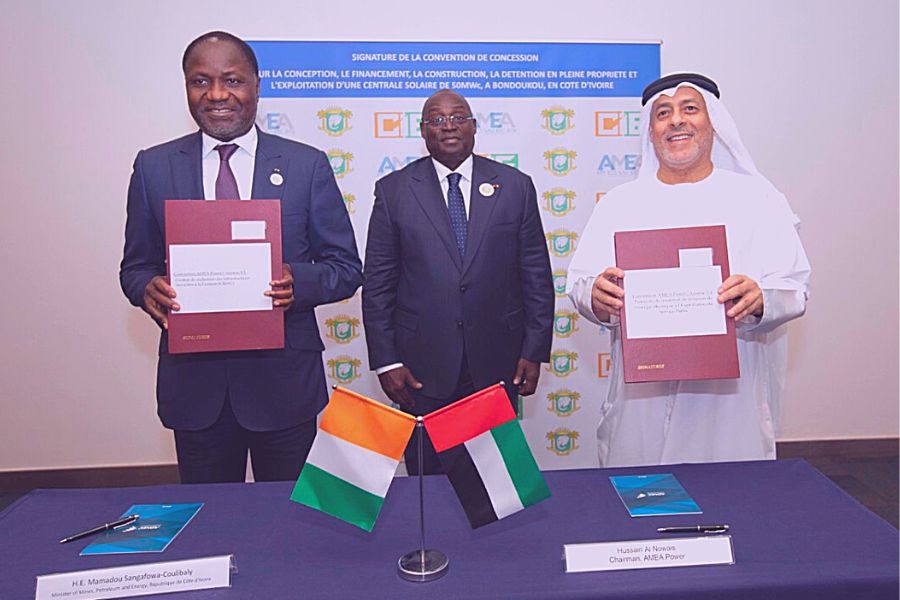 AMEA Power has announced a new concession agreement and 25-year Power Purchase Agreement (PPA) with the Government of Ivory Coast for the development of a 50 MW solar PV project.

The project will be the first solar Independent Power Project (IPP) in Ivory Coast and will be located at the city of Bondoukou in the north-eastern region of Gontougo, located 420 km northeast of Abidjan.

At a total investment of around $60 million, the solar project is being fully developed by AMEA Power under a Build-Own-Operate and Transfer (BOOT) model and will generate more than 85 GWh of electricity per year, enough power for around 350,000 people.

The off taker for the project will be Compagnie Ivoirienne d'Electricité, which is responsible for the electrical network throughout the country.

As part of its strategic plan, the Government of Ivory Coast aims to raise the share of renewable energy in the country’s electricity generation mix to 42% by 2030.

“Ivory Coast… is undergoing an economic and social transition, which will be driven by the development of clean energy and is reflective of the broader continent,” said Hussain Al Nowais, Chairman of AMEA Power.

“The region has a great amount of untapped potential for renewable energy and green hydrogen.”

Dubai-based AMEA Power has a growing record of renewable power projects in West Africa. The company is expanding a portfolio of wind, solar, energy storage and green hydrogen projects throughout the continent, with a clean energy pipeline of over 6 GW across 20 countries, according to a company statement.

E&U reported on the company’s development of solar projects in Morocco, Tunisia, and Djibouti. The Company is also developing solar power projects in Burkina Faso and Mali.

E&U reported last year that the company signed a MoU to produce green ammonia for export from Ain Sokhna, in the Suez Canal Economic Zone, in Egypt.