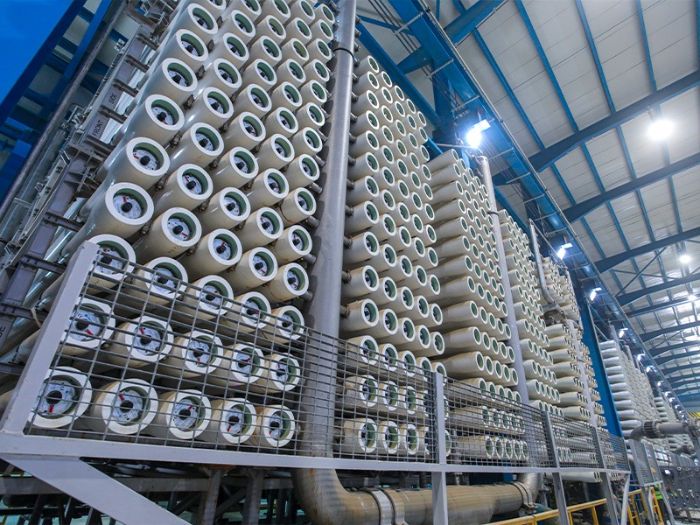 A consortium of France’s Engie and local firms Nesma and Alajlan has been selected as the preferred bidder for the 570,000 cubic metres a day (cm/d) Jubail 3B independent water producer (IWP) project in Saudi Arabia

A consortium of France’s Engie and local firms Nesma and Alajlan has been selected as the preferred bidder for the 570,000 cubic metres a day (cm/d) Jubail 3B independent water producer (IWP) project.

A consortium of Spain’s Aqualia, and the local HAACO and Alfanar was selected as reserve bidder with a levelised cost water tariff of SR1.605/cm.

Energy & Utilities reported in November 2020 that SWPC had received bids from four groups for the Jubail 3B IWP project.

The groups which submitted bids are (in alphabetical order):

The bid deadline for the planned IWP was extended a number of times from the original bid submission date in 17 May to give bidders more time as a result of the travel restrictions and other measures being taken to limit movement during the Covid-19 virus outbreak.

The Jubail 3B IWP will serve Riyadh and Qassim with potable water. The scheme will include storage tanks with one day’s production capacity in addition to in-house solar capacity to reduce power consumption from the kingdom’s national grid.

In April 2020, SWPC signed the final contracts and  water purchase agreement (WPA) with the appointed consortium for the 600,000 cm/d Jubail 3A IWP.

The WPA was signed with the Acwa Power-led consortium, which also includes Kuwait’s Gulf Investment Corporation and the local Al-Bawani, on 30 April.

The Acwa Power-led consortium had submitted the lowest levelised water tariff of SR1.54861 per cubic metre (SR/cm) during a competitive tendering process.

Energy & Utilities reported in December 2019 that a consortium led by France’s Engie and local companies Nesma and Mowah had signed the water purchase agreement (WPA) for the Yanbu 4 IWP project, which will have a desalination capacity of 450,000 cubic metres a day (cm/d).

The successful consortium had submitted the lowest levelised tariff of 1.7446SRhala/cubic metre (SRh/cm) during a competitive bidding process.