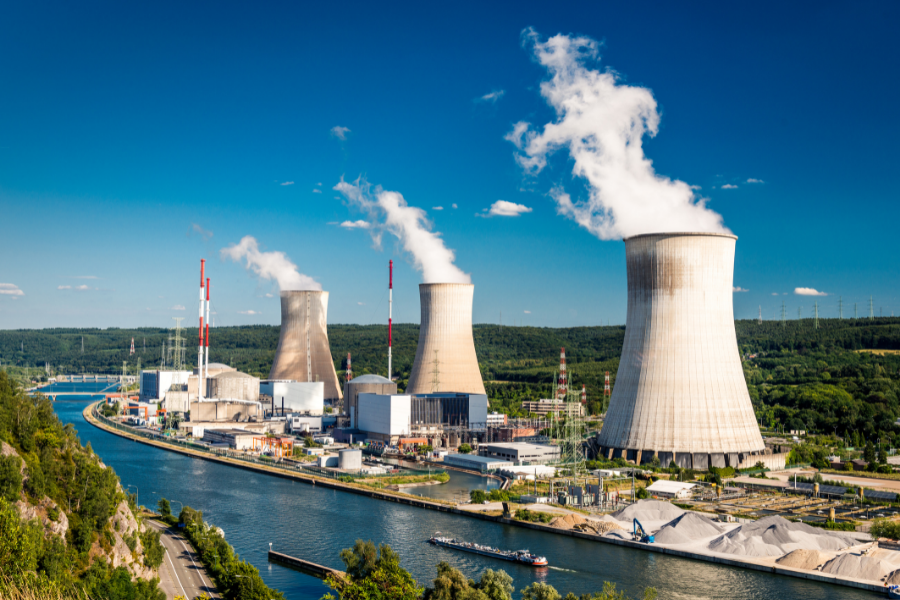 Pouring of concrete for Unit 1 of the El-Dabaa Nuclear Power Plant Project began this week. It is the first of four planned units, each to have a generating capacity of 1.2GW.

Pouring of concrete for Unit 1 of the El-Dabaa Nuclear Power Plant Project began this week. It is the first of four planned units, each to have a generating capacity of 1.2GW.

The Russian state nuclear energy corporation Rosatom is the lead developer. An agreement to build the plant was signed five years ago by the two countries’ leaders, but construction was delayed until just last month when Rosatom received approval from the Egyptian regulator to begin.

The launch was marked by a ceremony at the site, some 300 kilometres north-west of Cairo, attended by Egyptian Electricity Minister Mohammed Shaker and Rosatom chief executive Alexey Likhachev.

A joint statement posted by Rosatom and Egypt’s Nuclear Power Plants Authority (NPPA) gave some information on the plant but lacked details on cost or time frame.

According to their joint statement, the El-Dabaa plant will consist of 4 units with a generating capacity equivalent to 1.2GW per unit using generation III+ VVER-1200 reactors. The pressurized water reactors are similar to those at built in Russia and Belarus in recent years. Rosatom will build the plant and deliver Russian nuclear fuel for its entire life cycle. The Russian state company will support operation and servicing of the plant during its first 10 years of operation. It will also build a special storage facility and deliver casks for storing spent nuclear fuel.

Mohammed Shaker was quoted as saying the pouring of concrete for the first unit marked an "historic event" for Egypt, made possible by Egyptian-Russian cooperation. It is the largest joint infrastructure project undertaken by the two countries in Egypt since the building of the Aswan High Dam in the 1960s.

Egypt has been planning an entry into the nuclear energy field for decades. It founded its NPPA in the 1970s and has been conducting research since then. The nuclear plant will add to the country’s rapidly expanding power generation capacity. In conjunction with Siemens, it has built large gas-fired plants during the past ten years and now plans to begin or expand electricity exports to several Middle Eastern countries.

Egypt also continues to expand its fleet of renewable energy from wind and solar plants, largely along the Gulf of Suez coast. The country wants to raise the share of its power generation capacity from renewable sources to 40% by 2030 and 42% by 2035.

The site of the nuclear plant, near the farming town of El-Dabaa, is adjacent to a new six-lane motorway, about 40 kilometres west of New Alamein, a new coastal city which serves as the government’s summer seat and includes a presidential residence.