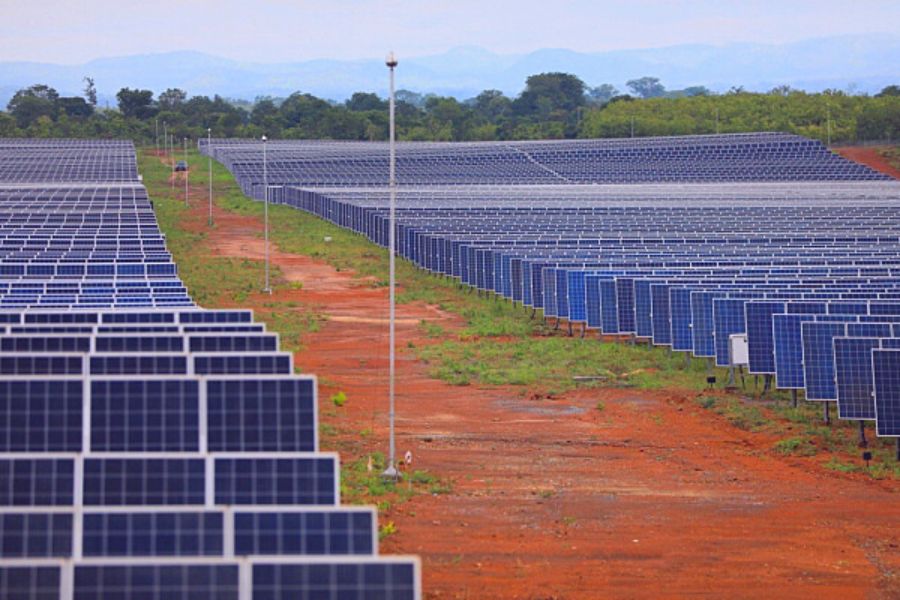 The Abu Dhabi Exports Office (ADEX) signed an agreement with Togo’s Ministry of Economy and Finance to raise the production capacity of the Mohamed bin Zayed Solar Park in the country from the current 50 MW to 70 MW. In addition, the financing will help procure 4MWh solar energy production storage system.

Under the agreement, the Abu Dhabi Exports Office will provide a loan of AED92 million ($25 million), while the Emirati company AMEA Power will undertake the construction and operation of the new complex.

This agreement comes on the heels of a provision of AED37 million ($10 million) financing from ADEX in January this year. Thus, the total value of ADEX’s financial contribution towards Mohamed bin Zayed Solar Park in Togo amounts to AED128.5 million (U$35 million).

The project will raise the share of renewable energy in the country’s total energy mix and make energy more accessible to the population, with 225,000 households expected to benefit, according to a statement issued today by ADEX.

Al Nowais highlighted ADFD’s contribution to the solar energy project, which he said would have a “tangible impact on Togo’s developmental efforts.”

The current $33.5m ground-mounted solar park is spread over 92 hectares at Blitta in central Togo, generating 90,255MWh electricity to power 158,000 households. Project construction commenced in 2020 and started commercial operation in 2021.

Togo’s electricity access rate is approximately 54% according to recent World Bank data. The country imports fuel oil and gets about half of its electric power from neighbouring Ghana and Ivory Coast. It also generates much of its electricity from hydropower, including from the large Nangbeto Dam on the Mono River. Most energy consumed in the country is biomass.

Energy & Utilities reported last year that AMEA Power commissioned the 50 MW solar plant, as one of the largest independent power producer (IPP) projects in West Africa. Funding for the project was provided by ADFD and the West African Development Bank.