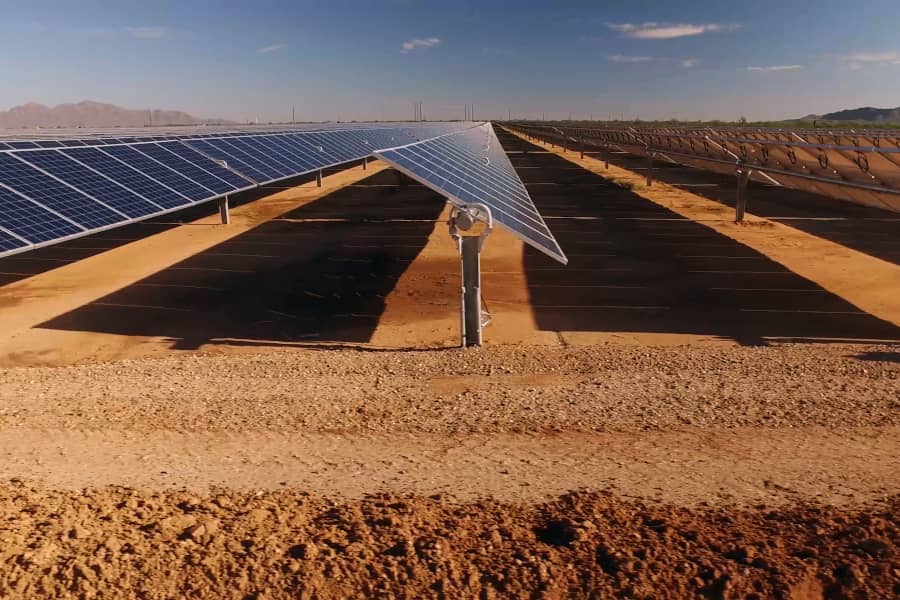 Saudi Arabia’s Renewable & Project Development Office (Repdo) has received bids from three consortiums for the Category B projects under the third round of the kingdom’s National Renewable Energy Programme (NREP). Category B of the NREP’s third round includes two projects with a total combined capacity of 1GW

Saudi Arabia’s Renewable & Project Development Office (Repdo) has received bids from three consortiums for the Category B projects under the third round of the kingdom’s National Renewable Energy Programme (NREP).

Repdo received the proposals from the three groups on 3 June for the photovoltaic (PV) solar projects. Category B of the NREP’s third round includes two projects with a total combined capacity of 1GW.

Proposals were received from:

Energy & Utilities reported in May 2021 that Repdo had received bids from three groups for the smaller Category A projects under the third round of the NREP.

Repdo received proposals from the following three consortiums on 3 May for the 120MW Wadi ad-Dawasir and the 80MW Layla photovoltaic (PV) solar projects:

Repdo has previously stated that only one project will be awarded to a bidder.

Energy & Utilities reported in April that Saudi Arabia had achieved a world record PV solar tariff for the 600MW Al-Fasiliyah IPP which was tendered under the second round of the NREP.

The lowest tariff of $cents1.04 a kilowatt hour ($c/kWh) was submitted by Acwa Power for the Fasiliyah project, which was the largest Category B project in the second round.

The 0.104$c/kWh tariff is significantly lower than the $c.1.35 tariff awarded for the 2GW Al-Dhafra solar project in Abu Dhabi in 2020, which at the time was a world record tariff.

Acwa Power was also awarded the contract to develop the 200MW Qurrayat PV IPP under the second round.

For the second round category A projects, a consortium of the local Tamasuk Holding Company, Alfanar Construction and Desert Technologies was awarded the contracts to develop the 50MW Medina PV independent power producer (IPP) project and 20MW Rafha PV IPP.

In April 2021, Saudi Arabia’s sovereign wealth fund Public Investment Fund (PIF) announced that it had signed the PPA with an Acwa Power consortium for the 1.5GW Sudair PV IPP – a project that had been directly negotiated with the developer through PIF’s solar programme. PIF owns a 50 per cent stake in Acwa Power.

The 1.5GW Sudair PV project will be by far the largest PV solar project awarded in Saudi Arabia to date, and also among the largest single-site PV projects in the world.

The project will provide enough power for 185,000 homes and will offset 2.9 million tonnes of carbon emissions a year.

The projects are part of Saudi Arabia’s ambitious target to develop 58.7GW of renewable energy capacity by 2030. Repdo will oversee the development of 30 per cent of this through a competitive tendering programme, with the PIF to procure the rest through directly negotiated contracts with investors.